The Return of the Pantry?

When my wife and I bought our first house together, a Merriam Park 1900 American foursquare, it had, tucked in the far back, a dark, narrow butler’s pantry.

This closet of a room at one time served as the repository for the home’s silver, china, serving trays and food staples. All kept under lock and key. Presumably by the butler.

Butler’s pantries have been popular in larger homes throughout the centuries. In fact, many turn-of-the century middle class homes had one. That is until about 1930 when homes began to be designed with cabinets, refrigerators and other amenities. This meant that, except for the wealthy, families no longer required the services of a butler. Homes of the 1940s, built during the scarcity of wartime, were also notably smaller. And this tradition for the middle class continued. My wife’s parents lived in a 1967 rambler. The “pantry” there was a broom closet with shelves for duct tape and soup, bolstered by a chest freezer in the garage. Most of the appliances were on the counters.

My wife and I remodeled that turn-of-the-century American foursquare. Since it lacked a main floor powder room, I dismantled the pantry and turned it into long, narrow powder room. With two small children and a stay-at-home wife, this update was essential. For storage, I created a new, in-the-kitchen pantry. It was basically a food armoire; a two-doored custom-built maple cupboard that ran from the floor to near the ceiling. This “food armoire” became a routine part of my kitchen design in the next few homes we built or remodeled.

Today, nearly 30 years later, my wife and I once again live in a 1900-built home. This time in Crocus Hill. This home also has one, very small, second floor bathroom. But it does not have a pantry.

I’ve noticed that new homes are once again being designed with an off-the-kitchen pantry. Because floor plans are more open and we tend to entertain in the kitchen (whether we want the guests to gather there or not) it make sense to store blenders, food mixers, popcorn poppers, hot air fryers, bread machines and the like somewhere out-of-sight but readily available.

In essence, I see a return to the pantry.

The purpose of the pantry

Pantry derives its name from the French word for “bread.” Historically it was the room where, bread was stored. It was called the butler’s pantry because, lore has it that the butler not only spend his days there, but also his nights, to keep watch over the kitchenwares. Scullery, and scullery maid, also denote pantry as the pantry could be a place of cutlery and china storage, food prep and daily kitchen-related tasks.

Today, in our Crocus Hill home, my remodel plans include a pantry. This is the place I envision housing all of those necessary yet ungainly, and often heavy, kitchen appliances. I might put in a sink, a place for the coffeemaker, the microwave, a space to chop vegetables and use the food processor, and maybe, if my wife has her way, a small wine fridge. The word butler, coincidentally, comes from botellier, which means the guy who serves the wine.

I wish I had the means to enlist the services of a full time butler, but alas, I have not raised my hourly rate to commensurate for the rise of inflation, or the cost of, well, almost anything. But that is a story my wife can tell you. After a glass or two of wine. 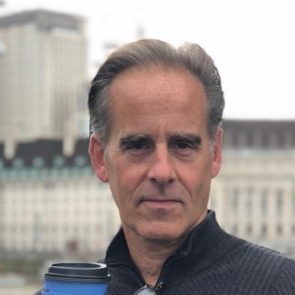 When you want more information before committing to the whole project.

An accessory dwelling unit can be just what you need to improve the way you live.

Sometimes all your home needs is an updated exterior aesthetic.

There’s no better way to get exactly what you want than to start from scratch.

From quaint and cozy to elegant and expansive; get the cabin design that reflects your needs.

How My Process Works

Together we can ascertain your needs and set up a visit, bundle or get to work.

Bundles are set up and done typically within two weeks. As a solo-practitioner I have a very prompt response time and the flexible working schedule that big firms just can’t offer.

Before you sign up with any contractor ensure your best interests are being taken into account. I am working for you and not the bottom line.